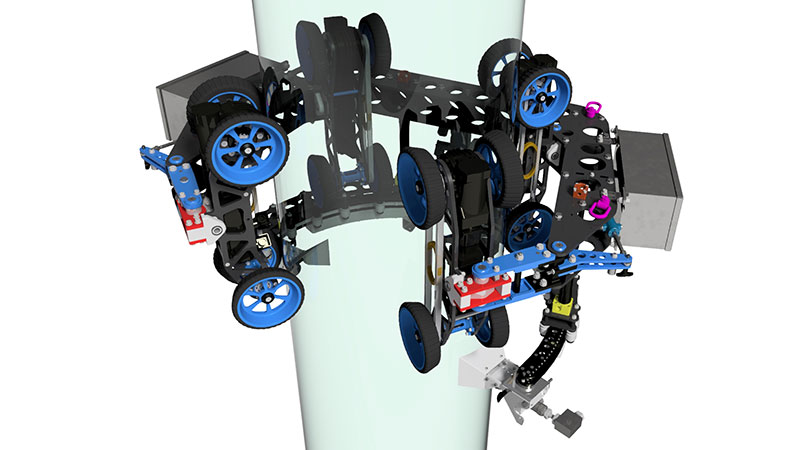 Pipe robot to boost safety and efficiency on pipe maintenance 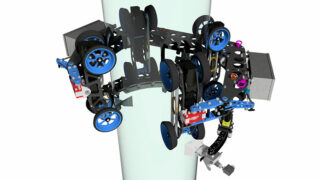 Icarus was developed in 2017 for refurbishment of conductors onboard a platform in the North Sea. The original project was planned for over three years campaigns in the summertime with rope access technicians, while the robot completed the surface preparation in six weeks, illustrating the enormous efficiency potential in robotic surface treatment. Since 2017 the system has got a significant track record from jacket structures and rigid pipe operations.

The system is built according to offshore standards NORSOK Z-015 and approved for ATEX Zone 02.
In 2021 the design was upgraded with vacuum collection of debris when using UHP as surface preparation method. And in 2022 two new systems (Icarus v2) has been built and in addition to vacuum ultra-high pressure blasting tool, also a wrapping tool was made available.

Unlike other of Remotions robots, Icarus use nonmagnetic, friction-based traction. A 4-point subsea clamp inspired mechanism and structure with spring loaded clamping acts against the pipe. Electric servo motor drives on all 16 wheels gives maximum friction. Icarus has a lightweight structure which can be adapted to various pipe sizes within the range of 20-inch to 36-inch outer diameter, pipe dimensions outside of this range available on request.

Under platform deck, the robot needs assistance from rope access technicians to be installed and then operated in semi-autonomous mode from a remote control and monitored from a top side control cabinet.

The Icarus carries a circular actuator with 360º reach, which can carry various cleaning and inspection tools, including UHP and HP blasting nozzles, vacuum collection of debris, wrapping, cameras, NDT equipment and other sensors. 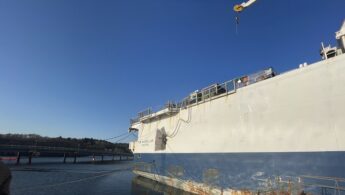 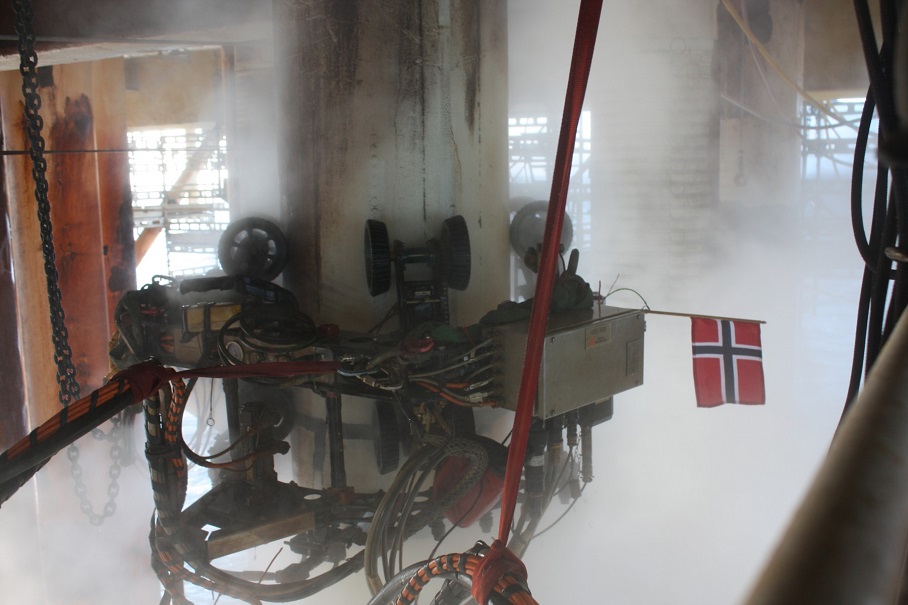 During the summer, our new pipe robot will be in operation on Brage platform. The scope of work is to clean all conductors on...