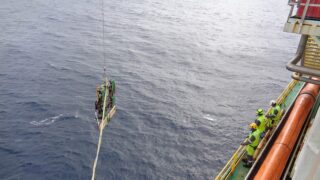 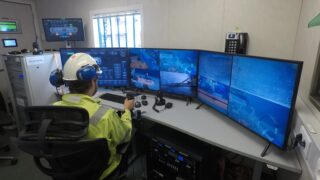 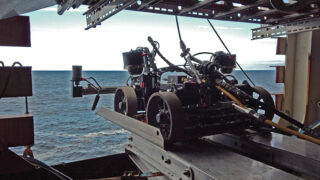 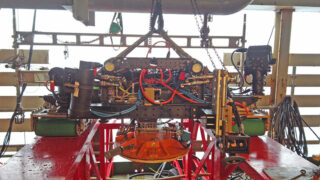 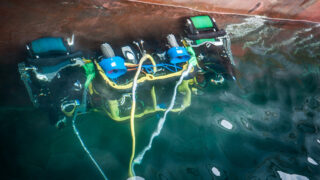 Norne FPSO came into operation in 1997 she has an oil storage capacity of 115.150 tones, operated by Equinor in the Norwegian Sea. The FPSO is under a life extension program and Petroleum Safety Authority Norway has approved the unit for operation until 2036.  As the FPSO has already exceeded its planned lifespan, enhanced inspection campaigns have focused on the hull steel structure. These campaigns identified several cracks, where some was complete penetrating the hull plates towards sea, which again had to be repaired to extend the vessels lifespan.

The amount, their position in the splash zone and variation of lengths made traditional methods like diving or ROV installed cofferdams challenging both technical and commercial. Clients asset management team started to look for new technologies which may allow these reparations to be executed while the vessel remains in production. They approached us with this challenge in 2016 and a very successful, four years long campaign and cooperation took a start. The first M-ROV operation took place on Norne in 2016 where the technology was used to identify a large crack.

The Remotion engineering team developed an innovative concept, which was based on our M-ROV technology.

An extensive testing program took place to verify the concept. Following a successful FAT in cooperation with Aibel’ s welding team, the offshore campaign started in the summer of 2018 where the three largest identified cracks was repaired, often under demanding weather conditions. During the next years collaboration, equipment and the procedures have continuously evolved in the chase for the highest possible operational safety and efficiency. It became clear that the M-ROV technology offers unparalleled stability under demanding weather conditions. It has allowed us to precisely apply the tools even in 5m Hs wave conditions and to supervise and document the operation with very high-quality live camera stream and recording.

During offshore campaigns the following tasks were fulfilled:

With the help of M-ROV as an innovative technology and our dedicated team, numerous cracks of the hull were repaired offshore while the vessel has remained in operation. The offshore system is shipped in three offshore containers and the needed crew onboard is only three persons, resulting in significant effective operations compared to traditional methods. The concept of installing cofferdams with M-ROVs has gain a solid track record and is available for vessels with similar challenges around the globe.

*) Information related to the hull condition on Norne FPSO is based on the public shared information from Equinor, available from the Petroleum Safety Authority Norway and presented under “Konstruksjonsdagen 2019” and report OMAE2020-19287. 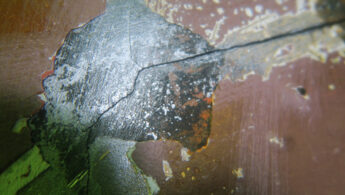